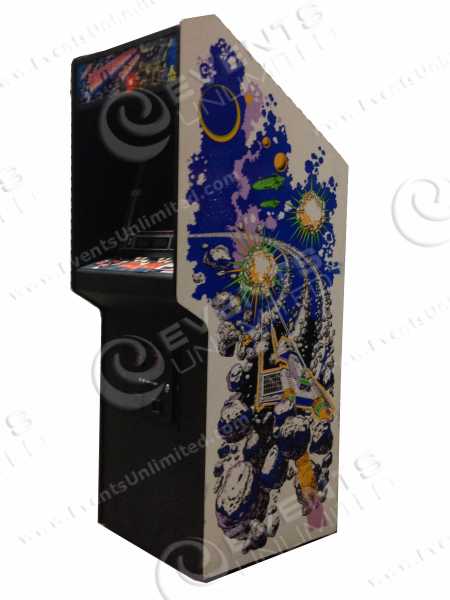 Asteroids was a hit arcade game created in 1979- the game dominated the market in its time and proved to be one of the best selling arcade games of its era. This deluxe version of the game was released in 1981.

It is just like the original game – and features a familiarobjective. The goal of the player is is to score as many points as possible by destroying simple vector based asteroids and flying saucers. The player is in control of a powerful “Star Wars” looking space ship and uses the buttons/joystick torotate both left and right, shoot laser bullets, and go forward.

At Events Unlimited we have rented this game to a number of special events and gatherings- and while the classic arcade games are usually best when rented in groups, we also find some people who are seeking to just one or two games for their special event.